Skied two runs along the well-anchored low angle slopes on the southeast aspect of the moraine, into Newton canyon. Skied out Clark canyon to HRM parking lot.

Avalanches: Evidence of wind-loading was seen along the ridge, but the snowpack was very stable along that aspect with no signs of instability. During our exit run down the Northwest facing aspect into Clark canyon, numerous small natural avalanches were seen - many cracks were noted in a reactive snowpack but they did not run far since we chose a relatively low angle slope that was anchored with trees. One more open area was skiier triggered but did not run far. It could have been enough to push the skiier into the trees below if it had run further. Estimated D2 in size, see photo. We met the cat track to get out of the canyon but coverage was still relatively low, leaving the river exposed in many areas. We used the path that the snow machines had been on to ensure we were not at risk of falling into the river.

Did you see any avalanches? Yes

Did you trigger any avalanches? Yes

Was anyone caught in an Avalanche? No 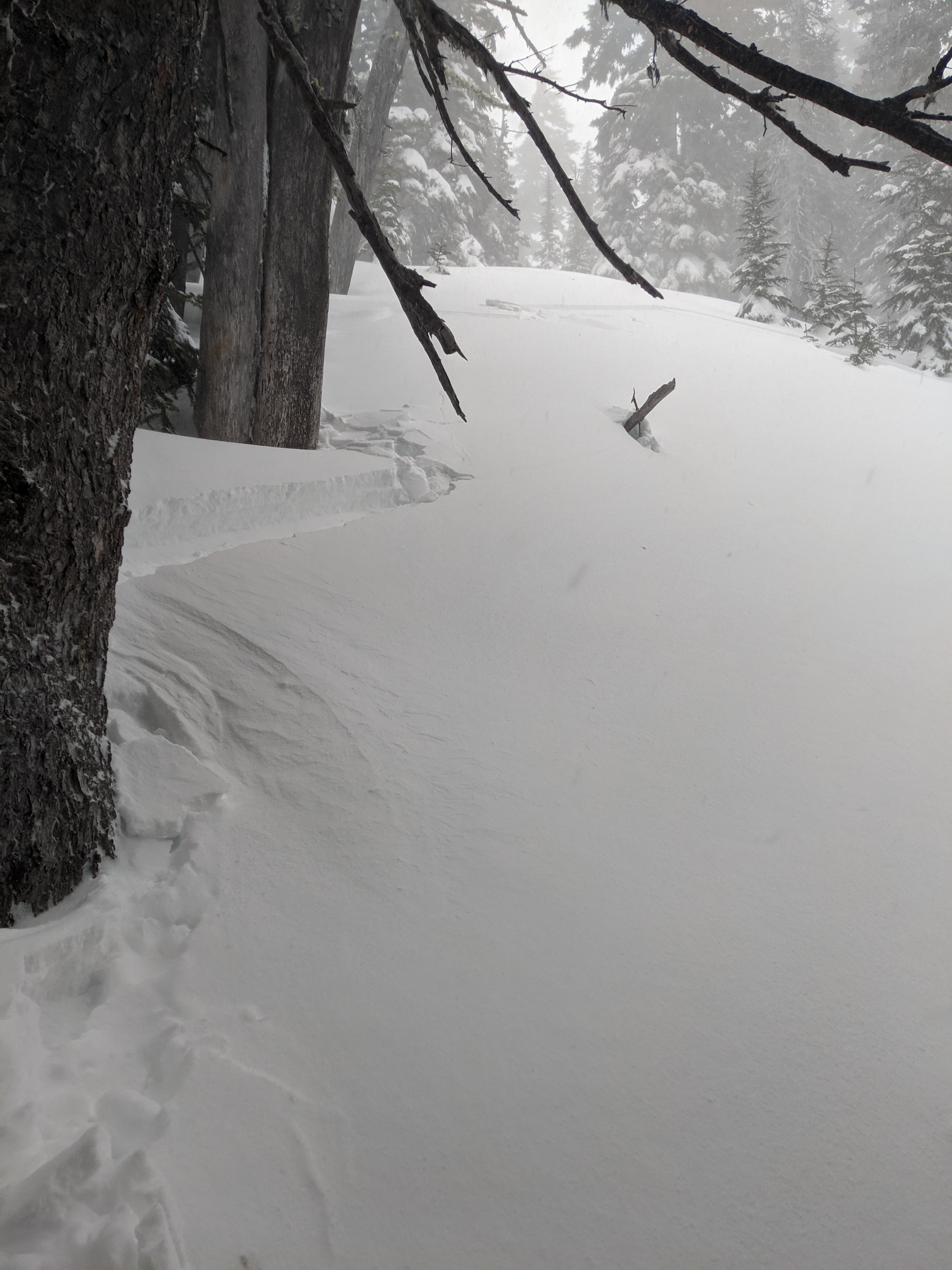