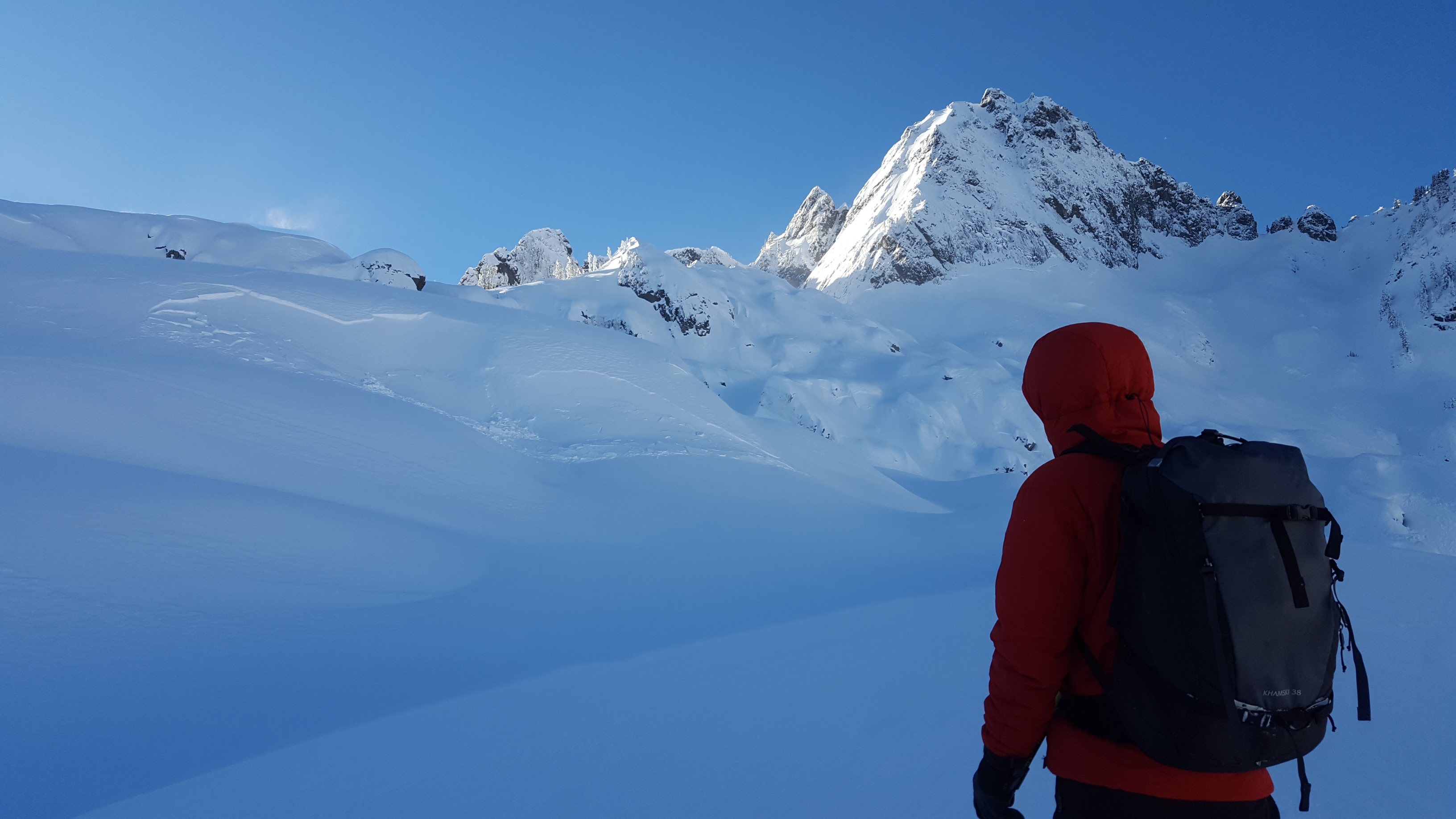 This post focuses on wind slabs, a particularly tricky avalanche problem. Several parties have reported unintentionally triggering wind slabs in the region recently (and we commend those people for sharing their experiences on our observations page: check out reports from Silver Peak (12/23), Humpback Mountain (12/23), and the Cache couloir above Snow Lake (12/24). Wind slab was implicated in two fatalities in Washington last year, on Red Mountain near Snoqualmie Pass and in Silver basin near Crystal. We wanted to get people thinking about what wind slabs are and why they are so challenging.

Wind slabs, in concept, are deceptively simple. The National Avalanche Center defines a wind slab avalanche as a: “release of a cohesive layer of snow (a slab) formed by the wind. Wind typically transports snow from the windward side of terrain features and deposits snow on the lee side. Winds slabs are often smooth and rounded and sometimes sound hollow, and can range from soft to hard.” It’s tempting to use this concept, combined with a knowledge of wind direction, to predict their location. But the statistics and recent events in our mountains confirm what savvy backcountry travelers know: it’s hard to predict where wind slabs will form, and easy to push it too far as we seek to confirm their presence. 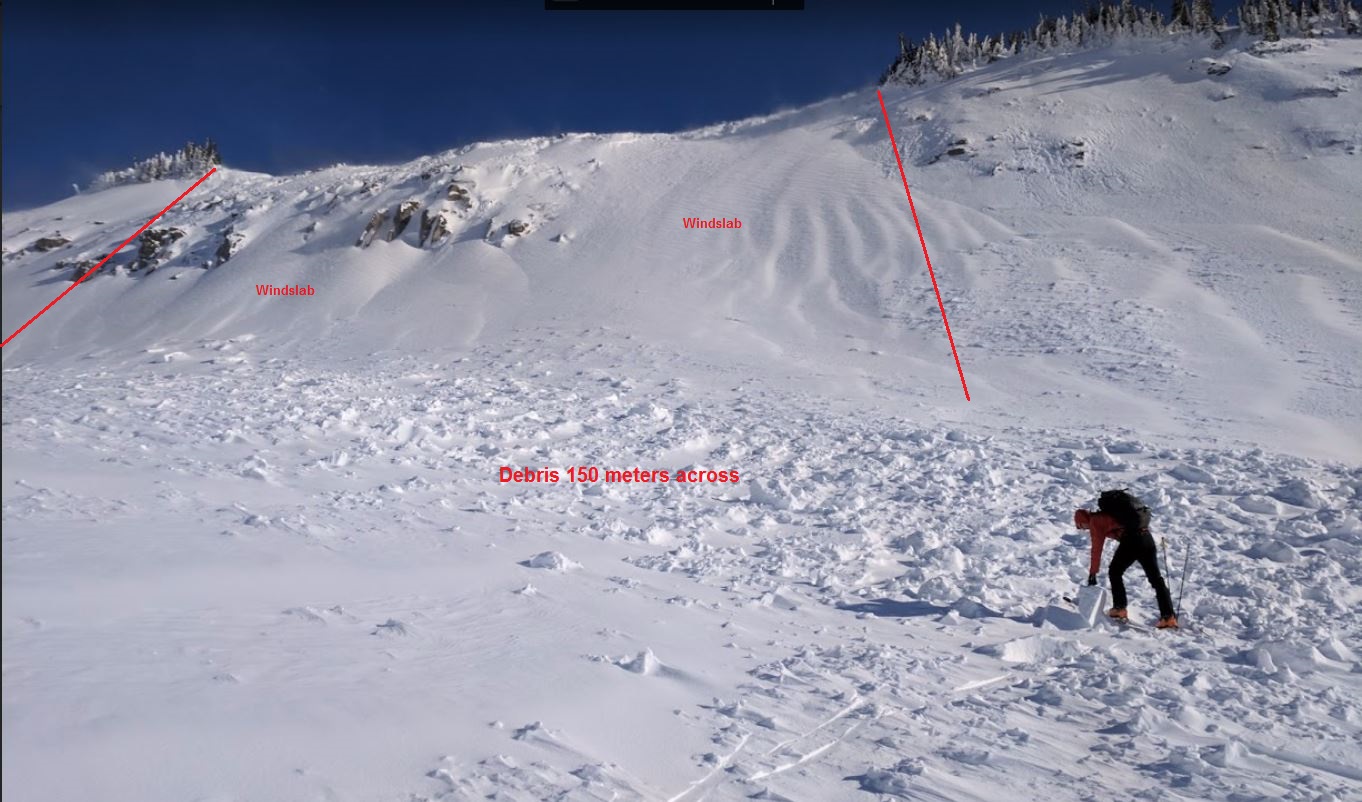 This large wind slab was triggered by two snowboarders on December 5th on a west-facing slope near treeline on Panorama Point, not far from Paradise in Mount Rainier National Park. Hazard was forecast as Moderate in the area that day. Photo courtesy MRNP Climbing Ranger Seth Waterfall

The trap may be this: we’ve all experienced snow that has been stiffened by wind effects, but isn't a slab–it’s just a dense layer. And we tend to believe we should be able to tell one from the other on a slope scale. In his incident report after getting caught and carried by a wind slab last year, Ian Nicholson describes stepping onto some hard, hollow-sounding snow in an opening in the trees and investigating it with a hand pit. “Due to the conditions encountered, we had already been toning down our objectives for the day and had already ruled out our first two options because of much more widespread wind slab development than we had originally anticipated. We started to discuss turning around at that moment and I decided to push down on the edge of the skin track. I heard a crack and felt the slope begin to slide…” Even with a plan for avoidance, discerning wind effects from wind slab can be a dangerous business.

Below, we offer a review of some wind slab fundamentals. This isn’t a comprehensive primer or a replacement for experience, but we hope it will help readers grow their understanding. 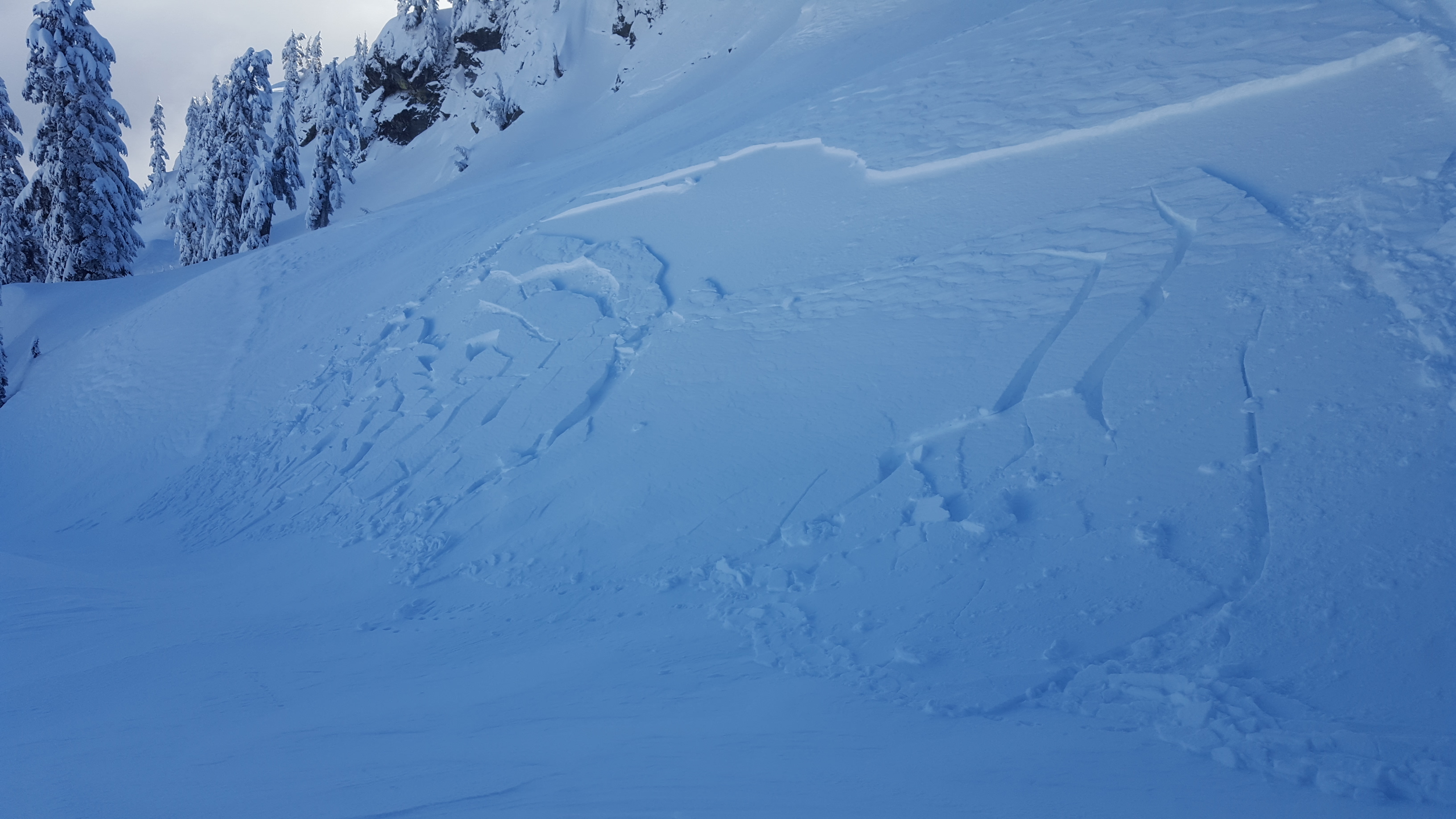 A relatively small human triggered wind slab release near the bottom of Chair Peak's north slope on 12/23. The next day day, in the nearby Cache Couloir, skiers triggered a D2 hard slab, whose crown varied from about 1 to 3 feet in thickness. Photo by Kurt Hicks

This weekend the avalanche danger will evolve quickly as heavy precipitation gives way to dry weather; changing freezing levels and shifting winds will produce varied conditions across the forecast region, and wind slab will likely be an issue. Meanwhile, read the forecast, follow us on Instagram, and please share your observations. Enjoy the new snow, and travel with care.

Persistent Problems in the PNW

Reaching out to the backcountry