The Return of La Nina?

Aiieee—it’s a weak La Niña. Run for the hills! Wax up the boards! Wait…there’s no snow on the ground yet. No, Wait again…there is snow but not much. Egad where and how will this season ever start?

Well, if these are your questions and this is your dilemma, there is hope. But as in all things statistical or long range predictions, to be taken broadly and not as literally as some would like. Generally, La Niña winters deliver some pretty reasonable snowdepths and overall good snow conditions for at least some if not most of the winters. However, we’ve only had 6 weak La Niña winters to compare and put into the statistical hopper since 1956, so there’s not a robust database from which to draw good conclusions. And this year is evolving into a borderline weak La Niña event, which may even morph back into a cool-neutral year by mid-late winter (see the CPC page for ENSO details). Like the following short sonnet suggests, take time to enjoy and understand the snowpack evolution no matter what the winter type, and beware of all the side-roads it may take off of your preferred highways of “powder über alles.”

With the winter ahead weak Niña driven, unusual snowpacks you may be livin’.

Time to slow and use your brain, to lessen risk and limit pain.

The year ahead may bring surprise, cracks and whumpfs before your eyes.

Beware of old, familiar places, for fates fill with such alluring cases.

Treat every storm as something new, a fresh map for what to do.

No matter what has happened before, new extremes lie at the door.

So even though you think you know, check the snow and terrain as you go.

As the following charts showing typical PNW snow depth evolution during La Niña winters indicate, the trends don’t look all that bad. But know that statistics are composed of both below and above normal performances by Mother Nature…and when you come to that fork in your downhill progression of slope and stability where there might be uncertainty, it might be best to err on a little more conservative side until your decision making processes fill with more confirming evidence of stability. 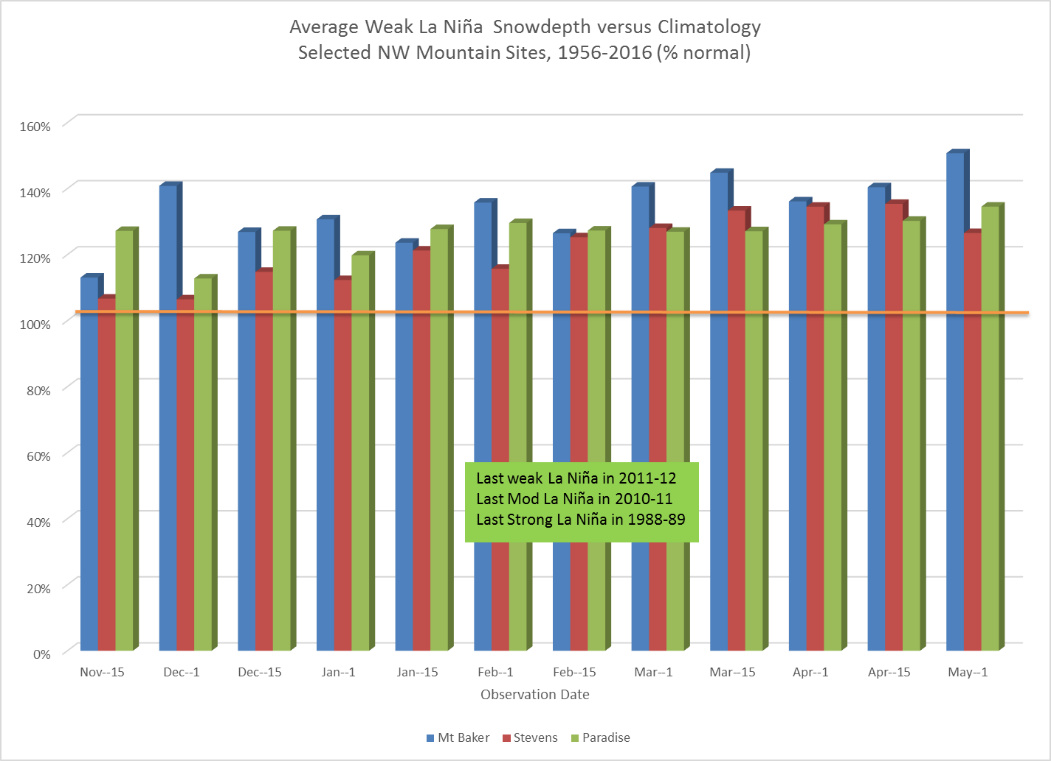 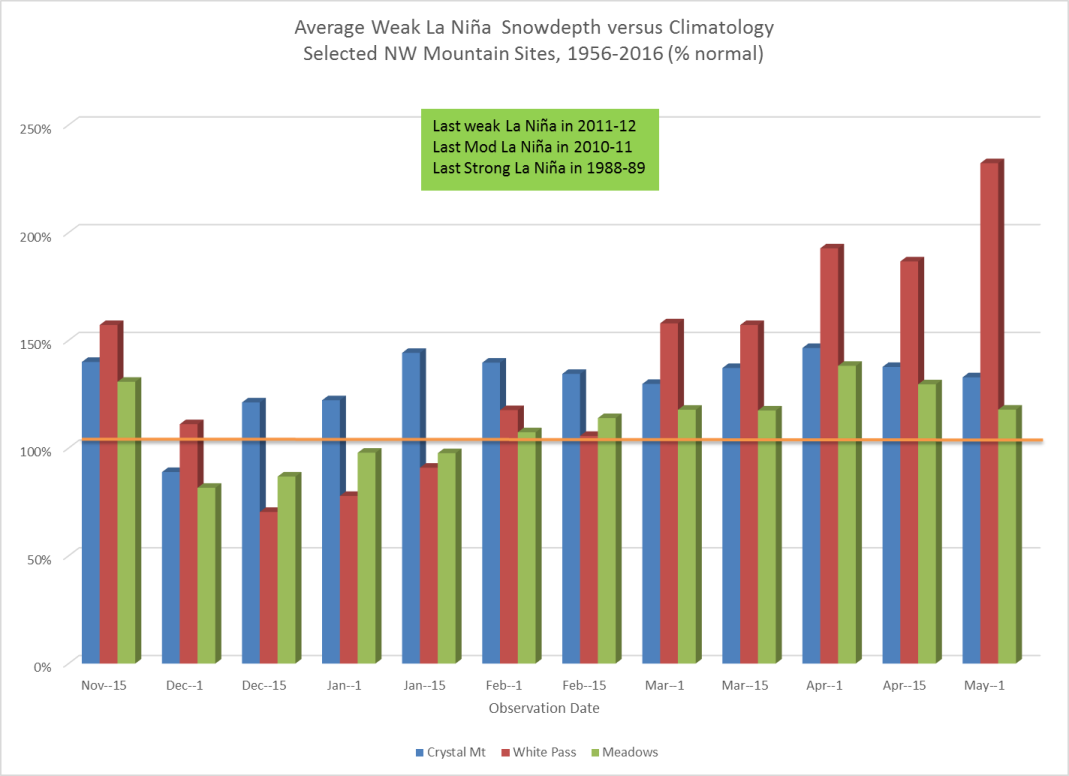 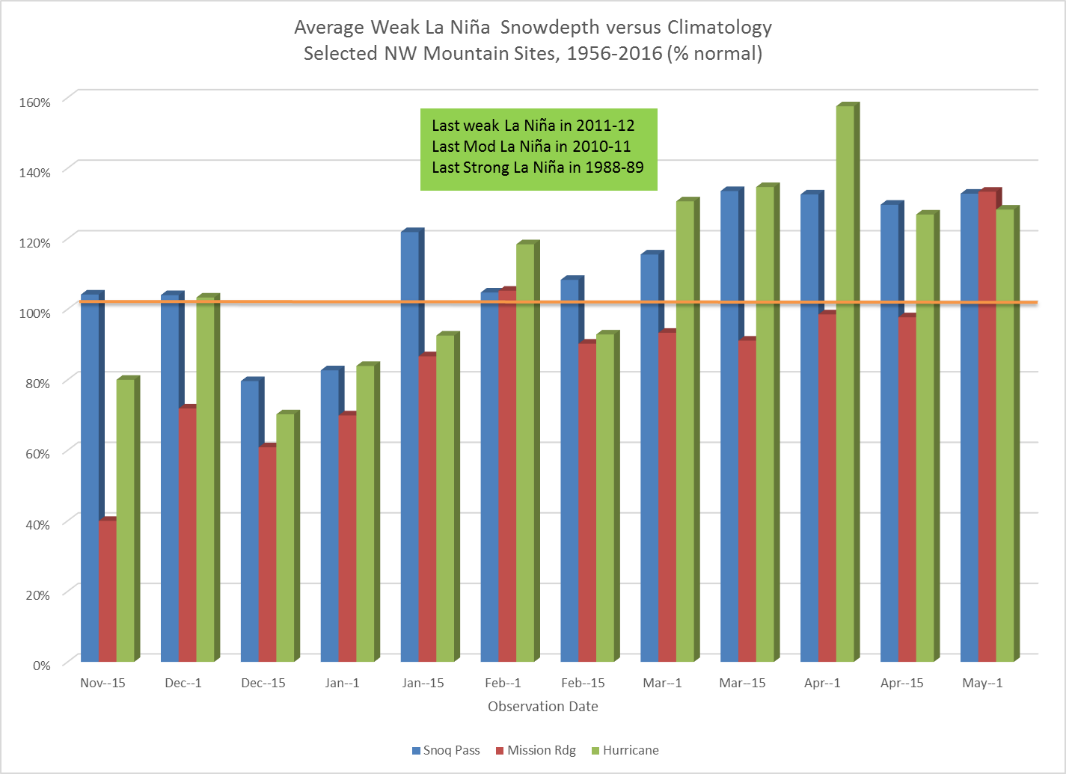 Q: Where do these records come from?

A: Historical snowdepth measurements taken on the 1st and 15th of the month, November through May, have been collected from DOT personnel, ski areas and NWAC weather stations over the last several decades. The bimonthly climalogical snowdepth report from NWAC can be found here.

Summer Weather Station Work and Fall Schedule at the NWAC