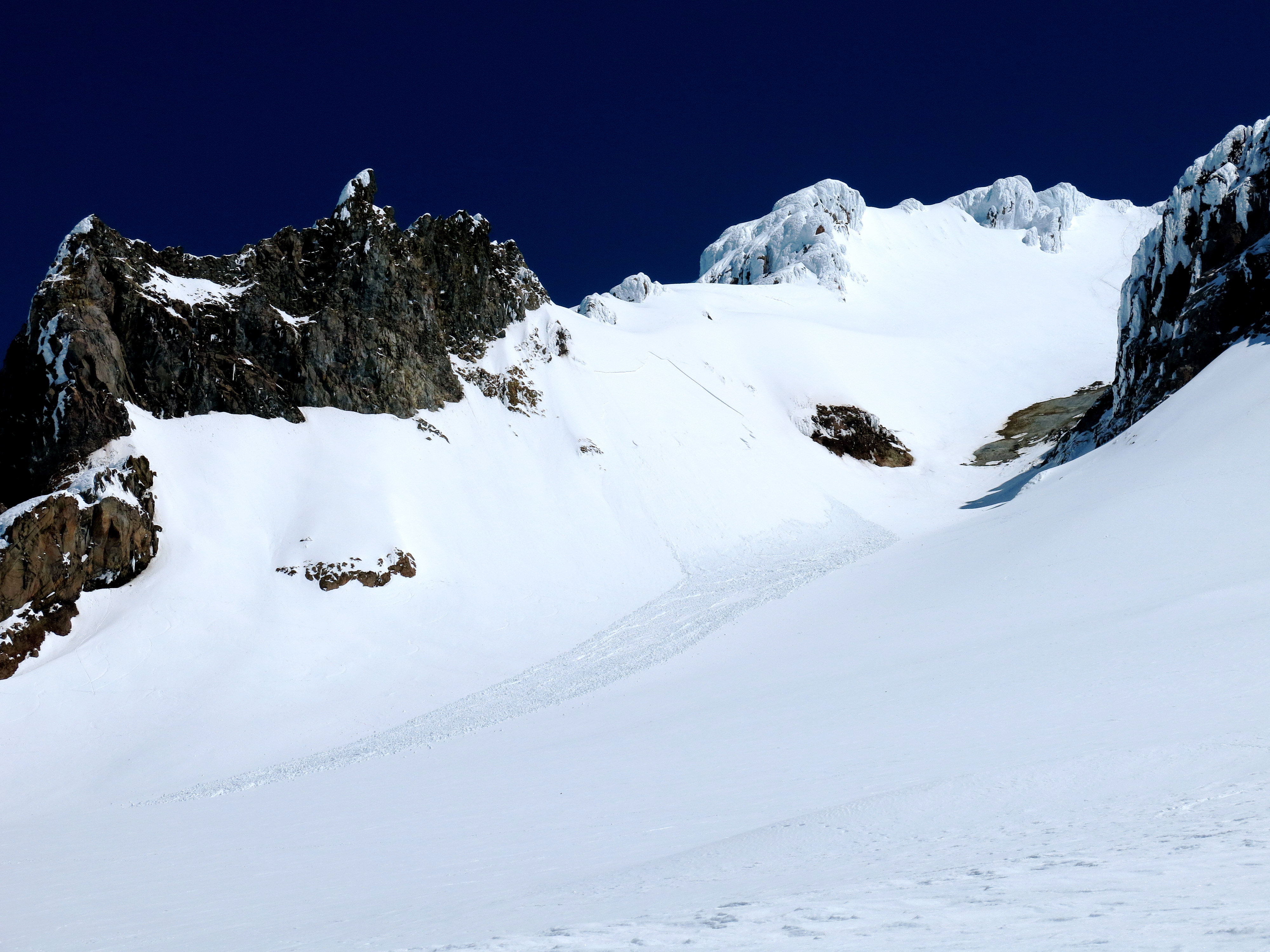 As you offload the Palmer Chairlift at the top of Timberline Ski Area on Mt. Hood to begin your climb, you leave the terrain park and ski race frenzied atmosphere behind and enter a quieter alpine zone frequented more by climbers than skiers. Timberline ski resort has an open boundary policy, particularly on the north and west sides of the ski resort. Many skiers and climbers use the climbing road from the parking lot which skirts the eastern boundary, but it is possible to purchase a one-time lift ticket to save 2500’ of climbing to get to the top of Palmer lift. Avalanche terrain exists just east of this climbing road/boundary in White River Canyon, west of the boundary in little and big Zigzag canyons, and up higher on the mountain near Illumination Saddle and inside the crater.

The reasons given for not wearing one are as varied as climber’s abilities; some strategically climb early in the morning when wet slides shouldn’t be a problem until the heat of the day. Some climbers simply trust their guide or leader and know little about avalanches other than they might exist. I have even heard climbers question themselves as they inform me they would definitely have their transceiver on if they had their board or skis strapped to their feet.

Why does the mode of travel change avalanche risk perception? Like all high volcanoes in the Pacific Northwest, impressive spring storms can bring several feet of new snow sometimes through June. During these times, it is not unusual to see storm slab avalanches followed by wet loose and slab avalanches when the sun and warmer temperatures inevitably affect the steeper, south facing aspects of the upper crater. 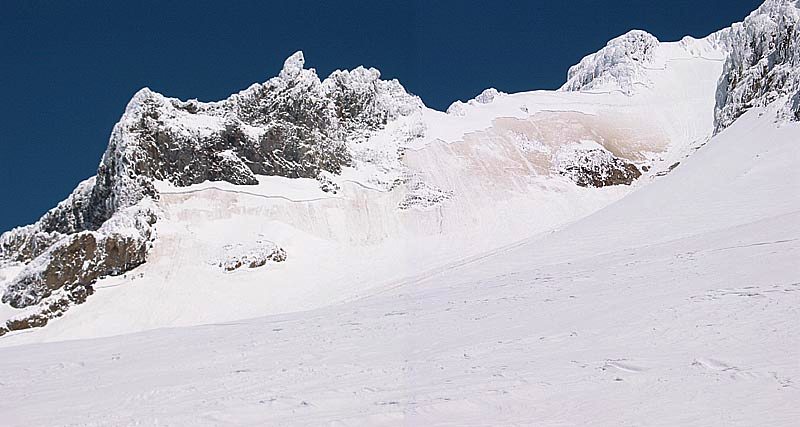 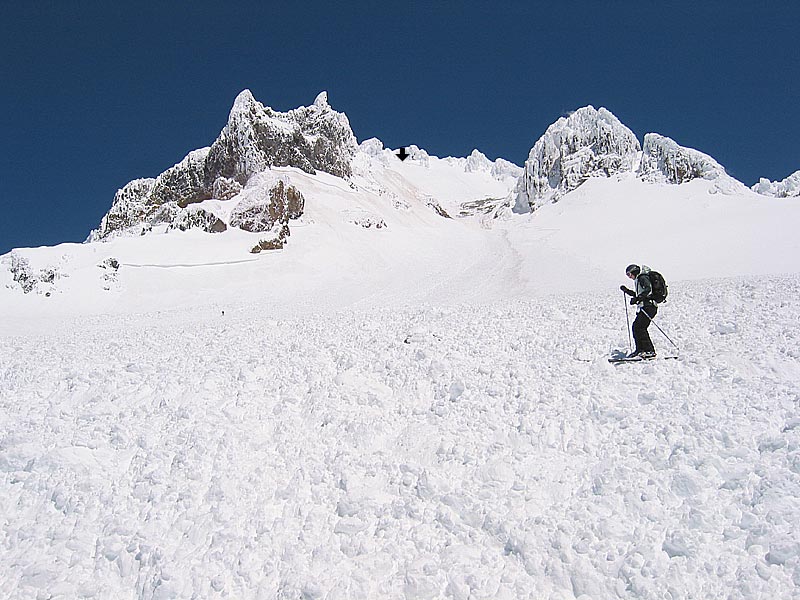 I am admittedly more of a skier than climber and work in the snow safety profession in winter so I come from a transceiver philosophy of “Why not have it on?”. The Portland and Mt. Hood area does not offer as many avalanche courses compared to Seattle, Denver, or Salt Lake City and as a result, I believe our general climbing population has lower avalanche awareness than other regions. Here is an excerpt from Glenn Kessler, USFS Climbing Ranger on Mt. Hood reporting on the May 31st, 1998 avalanche accident that caught three and killed one just below the westernmost summit ridge: "It is interesting to note that despite the previous week's weather, besides the Forest Service climbing ranger's team, most of the other climbing parties encountered on the mountain at the time of the accident were not carrying avalanche beacons. Although several climbers owned beacons, they had left them in their vehicles near Timberline."  The full accident report can be found here.

Starting the conversation that avalanche hazards exist well into spring and early summer is the first step, especially for the numerous trip leaders of outdoor programs at colleges and high schools as well as the various climbing programs and clubs that exist in the northwest. What is your decision making process whether ski touring or climbing in the spring? When do you bring your transceiver, shovel and probe?  For recent snow and avalanche conditions, check-in with the weekly conditions Mt. Hood climbing report at http://www.fs.usda.gov/activity/mthood/recreation/climbing and a printout is always available at the climbing register at Timberline.  If conditions are not updated online - call the climbing ranger office at 503-622-2025.