A cold front caused strong southwest winds, snow and cooling on Friday. This was followed orographic snow showers, further cooling, an unstable air mass and convergence near Stevens on Saturday. NWAC sites at Hurricane Ridge and along the Cascade west slopes had 4-17 inches of late season storm snow with the most at Baker, Stevens and Paradise. There was about 3-8 inches along the east slopes.

A fair number of reports are available from over the weekend as many folks were powder snow which has been lacking this season.

Skiers triggered storm slab avalanches mainly in the Cascades over the weekend with one caught and carried on Winchester Mountain on Saturday, Apr 11th. 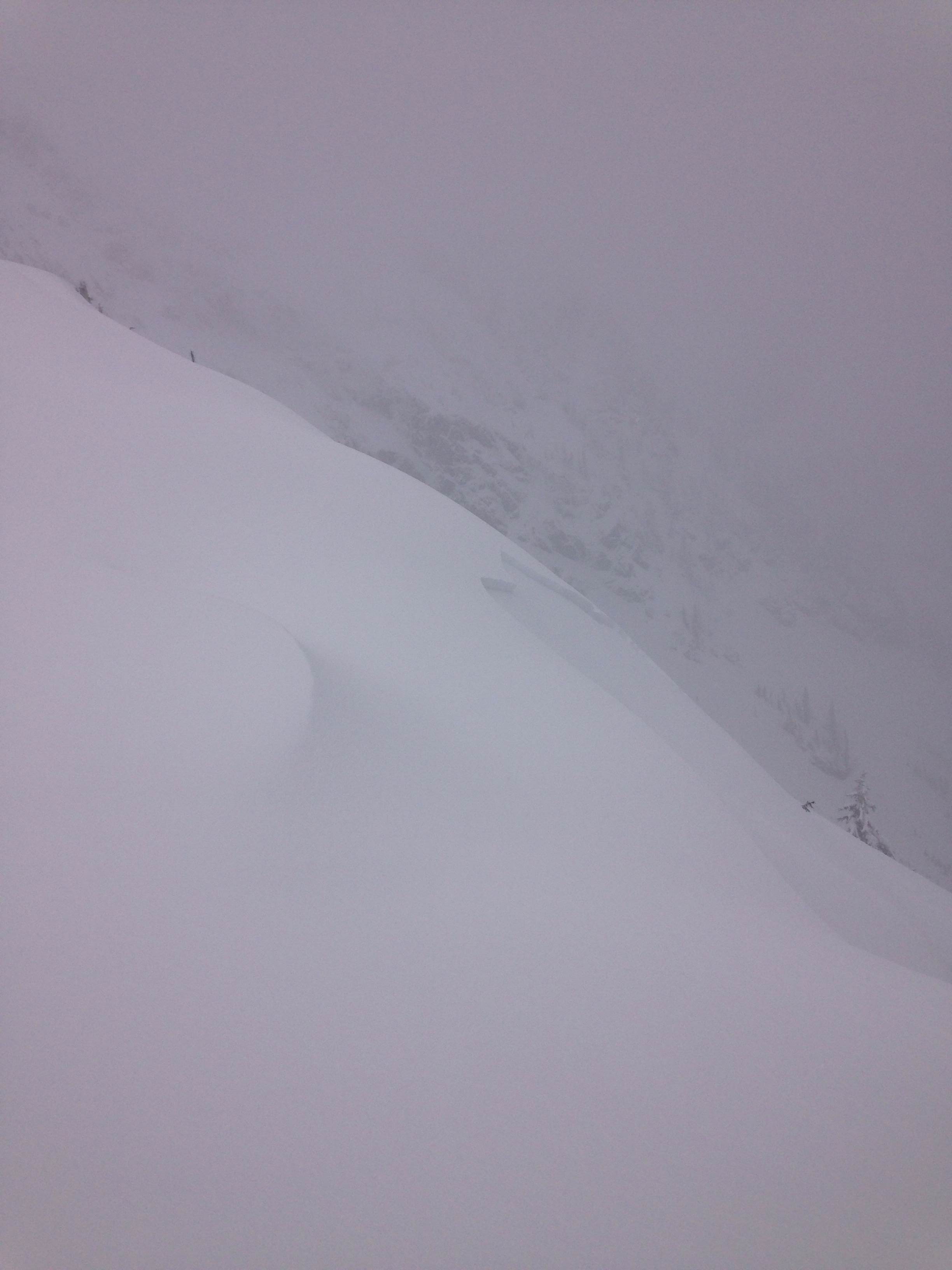 Others along the west slopes also reported favorable density profiles and stable conditions on non-solar slopes and moistening snow and roller balls on solar slopes.

A report from the east slopes at Washington Pass Saturday indicated about 5-8 inches of storm snow over 2-3 inches of small faceted crystals and a crust with test columns failing on isolation in snow pit tests. This layering was felt to be around Washington Pass.

Update Tuesday morning: Southwest winds accompanied another cold front across the Northwest on Monday. New snow amounts are generally in the 2-3 inch range along the west slopes with 4 inches at Timberline and 8 inches at Paradise.

Moderate west northwest winds, a short wave and a very cool, unstable air mass will move across the Northwest on Tuesday. Convergence from Vancouver Island and the Olympics could enhance snow showers anywhere from Stevens to Crystal. So a couple to several more inches of snow should be seen west of the crest Tuesday with the most in the central Cascades and at Mt Hood. Lighter amounts will be seen along the east slopes.

A chance of further light showers should be seen in the Olympics and northwest Cascades on Wednesday. But most of the Cascades should have cool fair weather Wednesday. Snow levels should be down around 2000 feet Tuesday morning and Wednesday morning.

Watch for more new storm and wind slab layers on Tuesday and Wednesday. should be likely in areas where there is heavy snow for more than a few hours especially during daytime warming. will be likely where there is firmer wind transported snow on lee slopes mainly near ridges. Expect heightened avalanche conditions on steep slopes or terrain convexities and evaluate snow and terrain carefully on Tuesday and Wednesday. Although it will be cool the sun is getting stronger which could make new slab layers more sensitive and could activate loose wet avalanches on steep solar slopes.

New shallow storm and wind slab could be especially sensitive near Washington Pass if they adequately load the layers seen there on Saturday.

The NWAC is transitioning from winter to spring operations. The last daily NWAC forecasts for this season were issued on Saturday, April 11th. For the remainder of April, NWAC forecasts will be issued on April 17th, 18th, 24th and 25th to provide coverage those weekends. At any time this spring, blog posts and Special Avalanche Advisories will be issued if unusual or unusually severe avalanche conditions are expected.