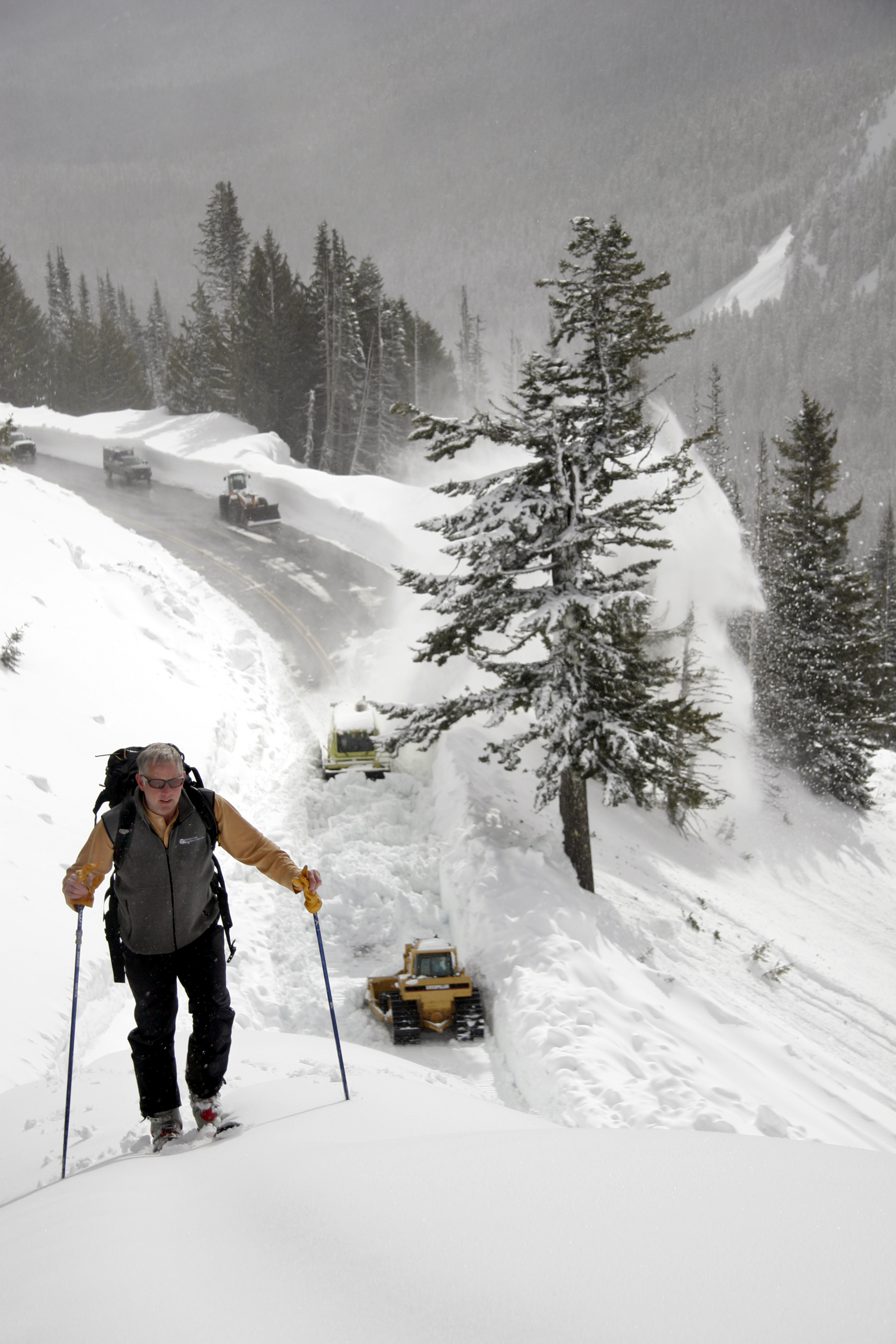 Each spring skiers and riders eagerly anticipate the opening of our state’s seasonal mountain passes. Chinook Pass (SR 410) and The North Cascades Highway (US 20 over Washington Pass and Rainy Pass) are known for their scenery, , and easy access to some incredible touring and riding. The clearing effort generally begins in late March for US 20 and early April for SR 410, with The North Cascades opening by mid-April and Chinook Pass by late May. During that work period winter gives way to spring, avalanche cycles come and go, and avalanche hazard mitigation performed by our WSDOT Avalanche crews generally reduces or eliminates the hazard above and directly affecting the highway. Most the pattern. Most years. 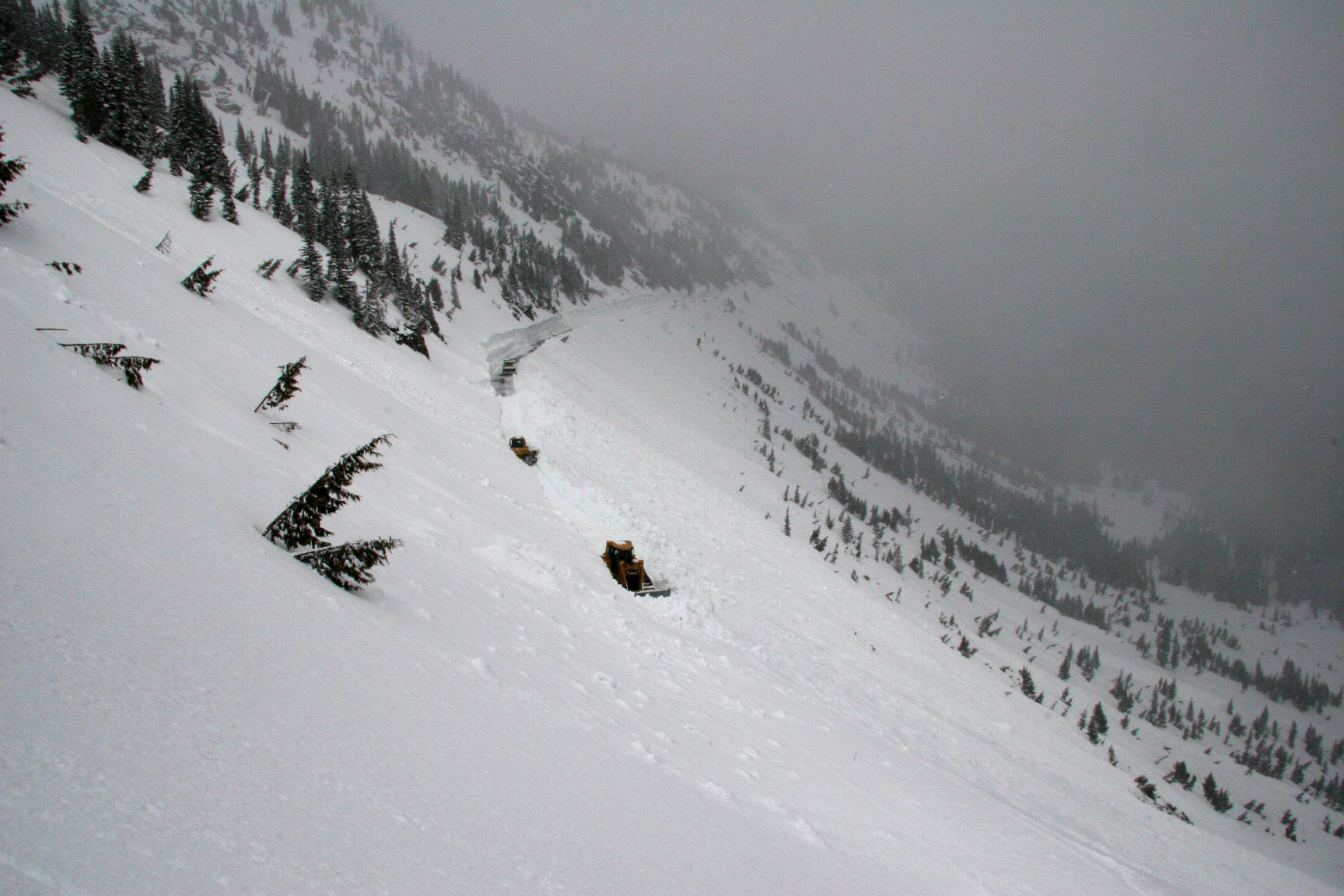 It’s a bit different this year. Winter didn’t deliver the ample we’ve come to expect. Snow clearing has begun on the passes and to no moving along quickly. This is the first time in recent memory that a hasn’t been needed to clear snow on Chinook Pass. We have moved deeper into the mountains much earlier than normal. Fortunately for users this may mean earlier access to snow and the potential for access to fresh snow as late winter and early spring storms arrive. Well, if they arrive.

We currently have snow above these two highways and the potential to continue building a if it snows. If it snows, this may mean for avalanche work, hazard evaluation, and snow removal. One downside to additional snow will be the potential for users to trigger avalanches onto the highway.  We have had that situation occur on Chinook Pass after opening the highway in 2012. Skiers triggered two avalanches; the first avalanche blocked the highway and the second avalanche nearly hit some people who were blocked by the first slide. Both avalanches began as small point releases from side grew as they entrained more snow the track. They weren’t large avalanches, but it doesn’t take a very large slide to cause trouble. 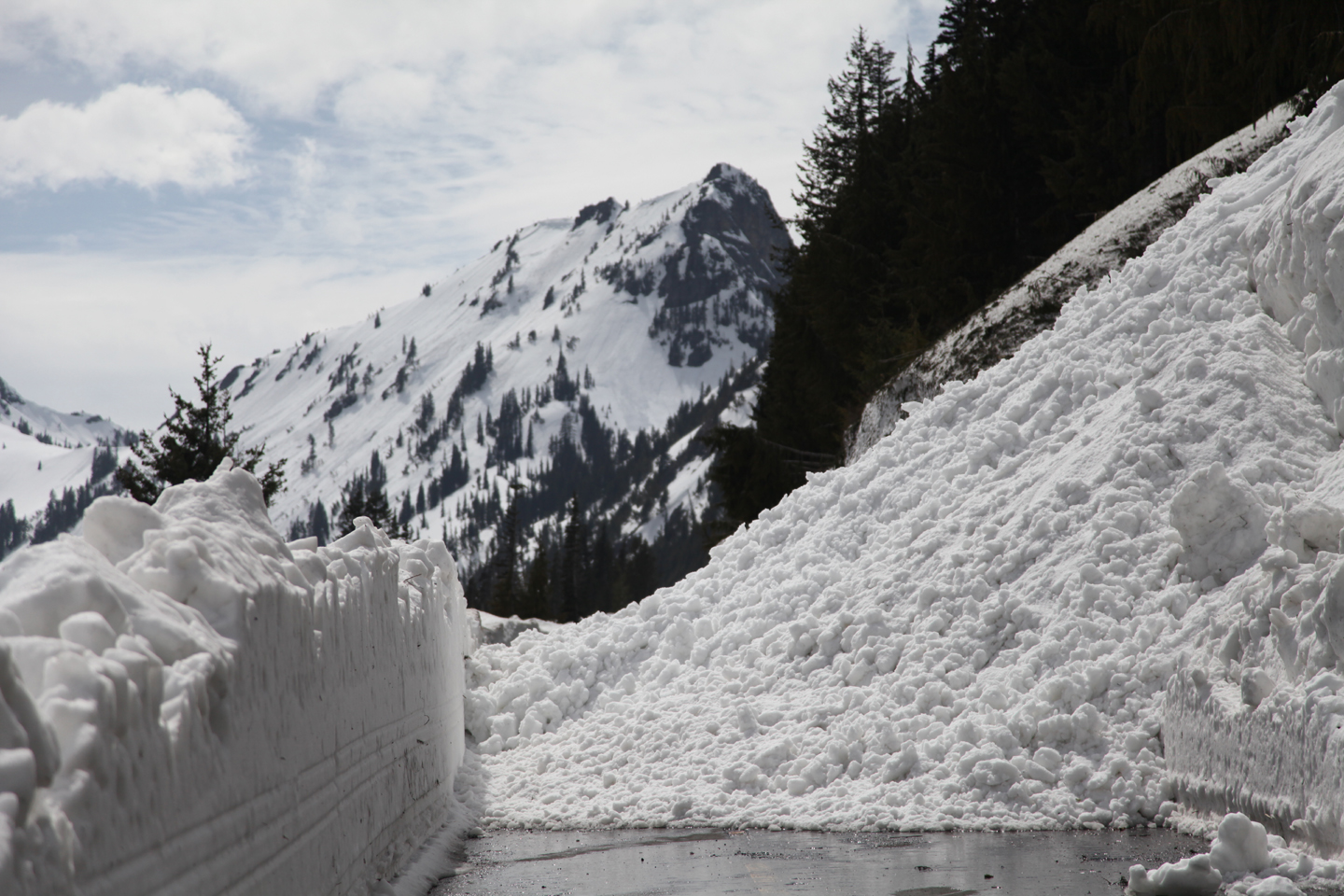 Situations like this can be prevented by avoiding slopes which directly affect the highway. Keep in mind that even a quick side slip or traversing a slope during the warm part of the day can be enough to start a wet loose avalanche.

Our concerns may never materialize if it doesn’t snow, but snow can happen throughout April and into May. Let’s just be sure that our fun doesn’t become a problem for someone driving the highway. Who knows, maybe we’ll get lucky and have a long spring ski season with good highway access.

NWAC's role during spring highway clearing operations:  Even after daily mountain weather and avalanche forecasts have stopped, NWAC provides regular mountain weather forecasts for the crews at Chinook and occasionally for the crews at Washington Pass during their spring operations. The regular exchange of weather and  information between agencies helps the Northwest Avalanche Center keep a pulse on the  well into spring. We'll likely have a blog post in the next few weeks detailing this spring's forecast schedule.