The slow start to winter continues in the Cascades. Yesterday I was asked by a ski area manager what is going on and my short answer was an uncooperative jet stream. Basically we like a consolidated west flow over the Northwest for snow production in the Cascades. What we have now instead is unconsolidated weak flow over the northeast Pacific Ocean and it looks like this is going to continue through next week.

A warm pattern carried a strong low pressure system north along the Northwest coast on Thursday. This caused a lot of wind in the western lowlands, but snow gages this morning at our NWAC weather stations pretty much showed nada. So the main story in most of our forecast area is a lack of snow. Cooling at the tail end of the storm will have caused up to a few inches of snow near and above the crest level.

If Mother Nature won't bring the snow some of us can make it for themselves. Here is a picture today from White Pass Ski Area. 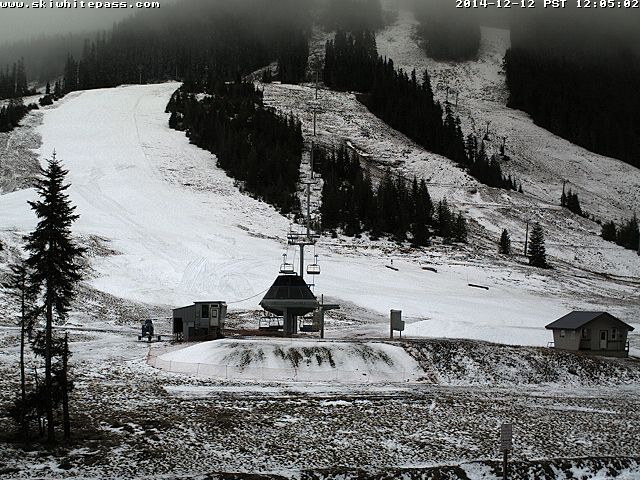 There are a couple exceptions to the lack of snow found in most areas.

Our weather station at Mt Baker picked up over 2 inches of water in the 24 hours ending this morning. Expect up to a couple feet of new snow above about 6-7000 feet in this area.

Also most precipitation from recent storms will have fallen as snow on the upper elevations of the volcanoes above the crest level. Camp Muir has been below freezing since perhaps late November.

Another important exception is the northeast Cascades. Much or most precipitation from the last few storms has fallen as snow in this area and folks are reporting some good skiing at Washington Pass. Watch for storm or wind slab this weekend if you venture out in this area. Surface hoar formed in this area during the cold weather in early December will have been buried by recent storms. We do not have any reports yet on whether this layer is reactive. Here is a photo of the surface hoar taken by NWAC pro-observer Jeff Ward from December 3rd. 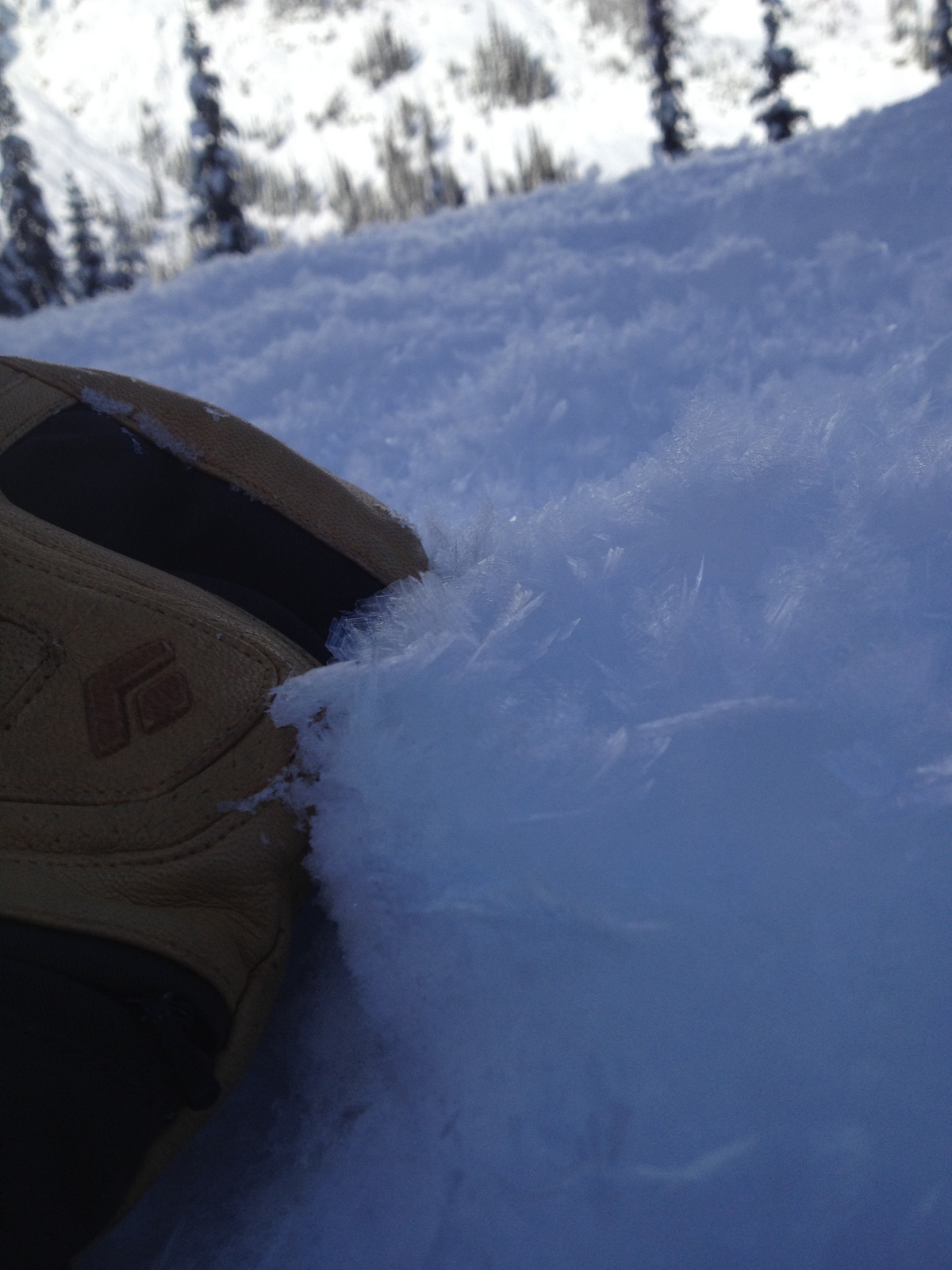 This weekend some clouds west of the crest should gradually dissipate on Saturday. Sunny weather should be seen on Sunday. A weak splitting front should approach the Northwest on Monday. This should not cause great change in snow conditions over the weekend.

We are planning to begin issuing daily mountain weather forecasts on Monday. However there is not a need yet for our 3 am shift starts and these forecasts will be issued in the midday or afternoon. We still have plenty of other tasks, especially our broken weather stations. And since little of our forecast area has avalanche potential yet, for now we will continue to address avalanche concerns via our blog.

Let's hope the jet stream gets more cooperative in the not too distant future.

No! Not another atmospheric river!