What a turkey of a week in the mountains, one that you've heard more about river flood warnings than fresh snow in the mountains or resort openings. Most of our precipitation gages have not washed away despite a few stations recording 10 or more inches of rain in the last 4 and a half days (we lost connection with the Paradise precip gage Friday morning).

Changes ahead: There will be some snow on the backside of the strong frontal system slowly moving southward across the PNW Friday afternoon.  Mt. Baker and Hurricane Ridge (pic below) have already picked up a few inches of snow, and the top of Crystal has turned back to snow.  Only light to moderate amounts of snow are expected with the cooling however.  Tonight and tomorrow should bring additional light snow accumulations for the west side as much colder air plunges into the PNW.  You'll hear a lot more about lowland snow possibilities than the snow piling up in the mountains. 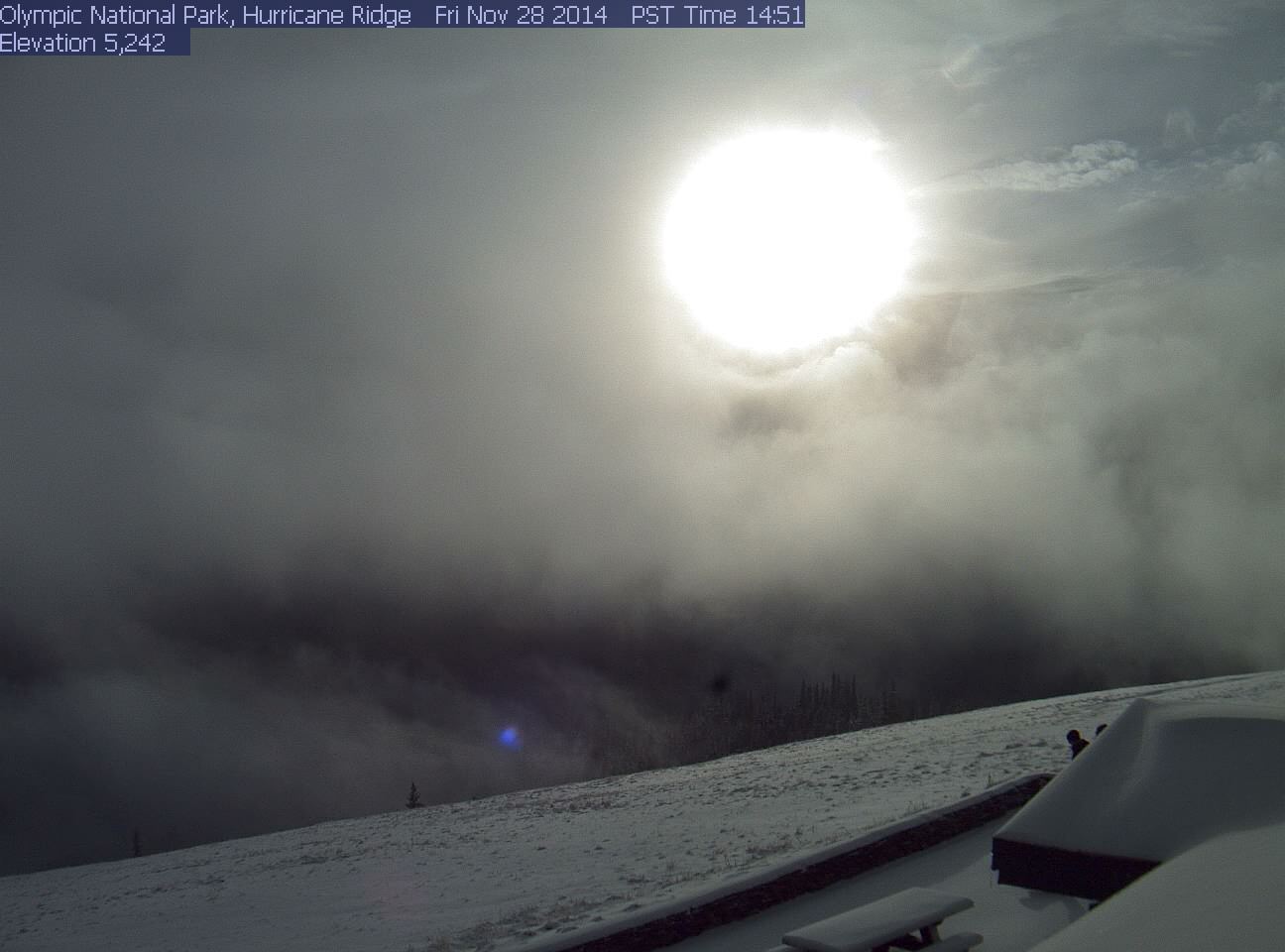 Weather Outlook:  The forecast looks dry and cold for the later half of Saturday and Sunday with breezy offshore flow (easterlies) developing mainly for the Passes and exposed areas of Mt. Hood.  We are watching a cut-off low pressure system that could bring quite a bit of precipitation to Mt. Hood and the extreme south WA Cascades Monday through Tuesday. Snow levels look low to start with a warming trend during the storm. Otherwise, the weather pattern is not promising for us snow lovers over the next week plus.

Snowpack:  Over the weekend for most of our forecast area we expect a generally shallow re-freezing snowpack with many anchors and some light new accumulations of low density snowfall.

However, the northeast Cascades (think Washington Pass and east along Hwy 20) hung onto snow for quite awhile before turning to rain on Wednesday. Snowdepths at Washington Pass and the Hart's Pass Snotel exceeded 4 feet before the switch to rain. Before the heavy snow, the existing shallow snowpack in this area had "rotted" out during the cold stretch...creating a potential weak layer (basal facets) at the base of the pack. That layer should have been tested over the last 2 days by heavy precipitation. We are curious to find out from our partners at North Cascades Mountain Guides and WSDOT if any larger slides have crossed the closed highway and if this layer survived the storm cycle.

Stay dry today and warm over the weekend...

No! Not another atmospheric river!